Dear Members and Friends of HACCI,

Welcome to the December edition of the Hermes eNews. We hope you enjoy this edition with articles and links of interest. The Hermes eNews newsletter has become a popular way for Hellenes and Philhellenes to stay connected, so share Hermes eNews with your family, friends, colleagues and associates by inviting them to subscribe too.

HACCI also invites you to become an active Member and Partner. HACCI Membership provides many benefits, including priority invitation access to all HACCI events, special member rates and offers as well as opportunities to network and explore links with the broader business, professional and academic community.

Please check www.hacci.com.au for regular updates, HACCI Herald and Hermes eNews back issues as well as information on events and partnership opportunities. In the meantime, we trust that you will enjoy this final edition of the Hermes eNews for 2014 and we look forward to seeing you at a HACCI event in the New Year.

The black-tie event, held at the Savoy Ballroom at the Grand Hyatt Hotel, was attended by more than 400 members of the Hellenic-Australian Community, as well as distinguished guests.

Of particular note was the presence of the Victorian Minister for Multicultural Affairs, Matthew Guy, who presented the 2014 HACCI Award for Professional Excellence.

He was joined by parliamentary colleagues Jenny Mikakos, Shadow Minister for Community Services, as well as MPs John Pandazopoulos and Lee Tarlamis.

Christina Simantiraki, Consul-General of Greece in Melbourne was also present, along prominent members of the Victorian Hellenic-Australian business community.

The award winners were:

“They embody the excellence and success that HACCI strives to achieve, and are an inspiration to the Hellenic-Australian community,” he said.

HACCI congratulates all the award winners and looks forward to celebrating the achievements of the Hellenic Australian community with you all again in 2015.

HACCI is pleased to announce the date for its 2015 International Women’s Day event.

On Thursday the 5th of March 2015 HACCI will host its popular HACCI International Women’s Day event at Normanby House in Thornbury. We are honoured to announce that we will have Lieutenant Commander Andrea Argirides of the Royal Australian Navy as our keynote speaker!

For more information on how you can get involved with this event or to become an event partner please contact the HACCI Office on (03) 9602 2977 or at rsvp@hacci.com.au

Following the huge success of this year’s HACCI Golf Classic at Huntingdale, HACCI has set the date for its 2015 HACCI Golf Day.  We will be heading back to Huntingdale in 2015. SAVE THE DATE for Monday the 18th of May for what has proved to be a tremendous day of Golf, friendship and networking.

For more information on how to become an event partner for the 2015 HACCI Gold Classic contact the HACCI Office on (03) 9602 2977 or at rsvp@hacci.com.au

A MESSAGE FROM DELPHI BANK

The Hellenic Museum Summer Cinema program is back! Next year’s line-up brings Greek films from the ’50s, ’60s and ’70s to the big screen at the Hellenic Museum Pavilion. Commencing on 31 January 2015, and running on Saturday evenings throughout February and March, the full program, including the imminent return of Con Christopoulos’ Greek inspired gelato flavours, will be released in December!

The launch featured State MPs John Pandazopoulos and Lee Tarlamis, who told of their mentoring relationship over many years and explained the importance and power of mentoring to more than thirty young Hellenic-Australians, who had gathered for the event.

The HYPN Mentoring Program will match young professionals with experienced business leaders, to help them develop specific areas of their skill set, whether it be networking, lead

The Mentoring Program will run from February to August, 2015.

For more information, or expression of interest forms, contact info@hacci.com.au, or call the HACCI office on 9602 2977.

The program will commence in early 2015. 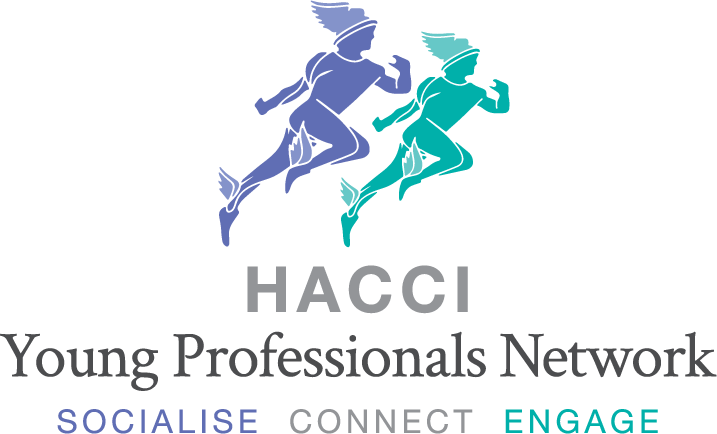 Enjoy the riches of ancient Greek and contemporary Greek Australian culture by becoming a Delphi Club member with insider access to the Hellenic Museum, at both a social and professional level, as well as privileged access to all seven of the world-renowned Benaki Museums.

If any HACCI members are interested in taking up this offer, please contact Penni Pappas at the Hellenic Museum on (03) 8615 9016 to receive the discounted Delphi Club membership.

HACCI is pleased to announce confirmation of its first internships for 2015.

IP Partners Pty Ltd is an IT company with over 20 years’ experience, focused on providing complete IT solutions and products at a fixed cost.

IP Partners are a national company with clients spanning the public and private education, health and corporate sectors, including construction and fabrication, legal, and finance.  IP Partners has offered a six month internship to Lambros Katopothis, commencing in January 2015, in the area of marketing and business development for the Melbourne operations of IP Partners.  HACCI thanks Ilias Sotiropoulos, founder of IP Partners, for his enthusiasm to participate in the HACCI Internship Program to give Lambros this wonderful opportunity.

Cottons is a privately owned feminine hygiene business based in Victoria which distributes its products nationally and internationally, including the United Kingdom, Ireland, Germany, Spain, New Zealand and the Middle East.  Cottons offers a niche product, giving women the choice of a chemical free cotton alternative to the major synthetic brands in the market, using first grade cotton purified by the most environmentally friendly process that uses oxygen instead of harmful bleach.  Cottons has offered Zoe Garkinis an internship in the area of marketing commencing in January 2015.  HACCI thanks Cottons for its continued support of the HACCI’s Internship Program and wishes Zoe every success with her internship opportunity.

Don’t forget to follow us on social media. Click on the below links to be directed to our pages:

HACCI LINK OF THE MONTH